I would have love to be able to add a simple --reasonml switch to all the OCaml compiling tool family and get my .re / .rei compiled. This would have help people to come to Reason from OCaml books, tutorials and documentations.

My personal religion is : "do not install something out of apt install" (because it’s too time consuming), the command line switch I speak about would already have been packaged in all major GNU+Linux distributions by now if provided 2 years ago, allowing the language to reach a broader audience, and even regular people not interested in React (yet).

But it was already a struggle to install rtop on Debian : https://www.grimoire-command.es/2019/rtop_on_debian_stretch.html ; and I know I wont be able to go further without a nodeenv (or an equivalent) which is a step never shown on tutorials.

I think that everything that doesn’t deserve be to rewritten in Rust should be in Reason, and I believe that this language could fly far above the web app. area.

To finish, implementing this command switch would show some upstream contributed code, a brilliant example of “we’re really nice”.

I recently got Dune to compile Reason and it worked nicely. You have to do an opam install reason, and then you can name your source files either .re or .ml and Dune picks them up automatically.

Converting a project from OCaml to Reason is straightforward and doesn't require semantic changes. However, there are a few build setup and miscellaneous changes required.

Here is what I needed 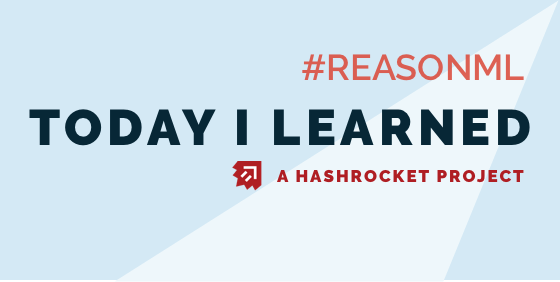 Compile ReasonML To Native With Dune - Today I Learned

Dune is “a composable build system for

Here is how I presented it on my blog: